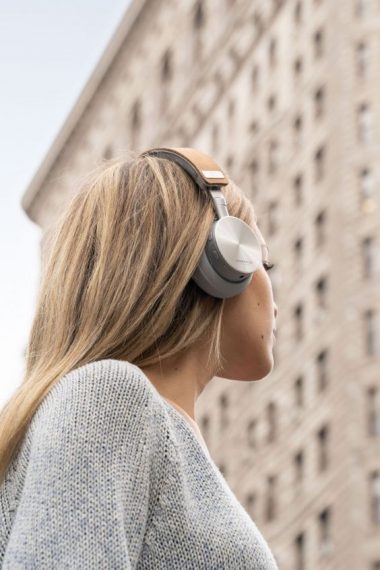 Lockdown is finally being eased and are back community or travelling (kind of). Some prefer to listen to music, others listen to their favourite podcast. If you are looking for something new to listen to, why not try our recommendations for audiobooks?

Becoming by Michelle Obama, narrated by the author

Michelle Obama’s memoir took the world by storm upon its publication, and with due reason. The former First Lady of the United States narrates her life from her childhood in South Side Chicago to making a home out of the White House. The book itself is a gread read, but with a Grammy for Best Spoken Word Album under her belt, Michelle Obama makes the narrated version shine by its own light. This audiobook is perfect for some uplifting inspiration.

You might have already heard of this bestseller novel, as the TV adaptation was recently released and well-received by critics and fans alike. This modern romance novel tells the story of quiet Marianne and popular Connell as they navigate their on-again, off-again relationship. This novel perfectly captures the way in which big-picture concepts like capitalism and politics shape our lives and decisions. Aoife McMahon gives life to this story with distinctive and relatable character voices and an entrancing Irish accent.

What better time to dive back into the Harry Potter world than a seemingly never-ending lockdown? Stephen Fry’s rendition of the Harry Potter saga is as beloved and comforting as the books themselves, though there are other equally charming options. Broadway actor Jim Dale narrates the saga with an impressive array of voices to bring personality to the characters, while the Wizarding World recently launched Harry Potter at home, a narration of Harry Potter and the Philosopher’s Stone. It may or may not bring nostalgic tears to your eyes.

The Iliad and The Odyssey by Homer, translated by W. H. D. Rouse, narrated by Anthony Heald

Audiobooks are a great way to tackle challenging books or classic novels you have claimed to have read already. You can listen to full cast dramatisations of Shakespeare’s work and work your way up to War & Peace. We suggest you begin with Homer’s epic masterpieces, which are sure to prove how captivating these narratives can be. If you’re looking for the acclaimed Fitzgerald translation, you can find it narrated by actor Dan Stevens, but if you need an epic voice to go with an epic story, look no further than Ian McKellen’s rendition.

Notes on a Nervous Planet by Matt Haig, narrated by the author

This book observes how the modern world is damaging our mental health and hindering our happiness. Instead, it attempts to understand all these complex current scenarios in an effort to cope with them. The author himself narrates a series of explorations on certain issues, advice on managing anxiety, and lists of good things to remember in a vulnerable and relatable manner. In a way, listening to the book itself feels like a coping mechanism. Perfect for a self-isolation walk.

The Testaments by Margaret Atwood, narrated by the author and full cast

There are two sides to every story. The Testaments is the powerful follow-up to The Handmaid’s Tale that takes place about fifteen years after the ending of the first book, and is told from the testimonies of old and cunning Aunt Lydia, and two young and idealistic women. In this sequel, you get to experience the history of dystopian country Gilead from the view of the oppressor. Listening to this book will make you ponder on the lines between good and evil and normalization as a weapon through three very distinct voices.

Writer Yuval Noah Harari made ripples with his bestseller book Sapiens, which tells the history of the human being to remind us that we are nothing but a speck of sand. His newest book, Homo Deus, now looks into the future to explain how our conquest of natural obstacles and merge with technology might turn us into something completely new. Even with some scientific technicalities, Derek Perkins narrates this enlightening book in an engaging and riveting way.

If you’re looking for something exciting and engaging, Lucy Foley’s The Hunting Party is for you. As the New Year brings a heavy blizzard, friends find themselves stranded with a body and the murderer. As they try to solve the mystery, they realize they may not know one another as well as they thought. It is the perfect immersive experience to escape to for a while.

Calypso by David Sedaris, narrated by the author

David Sedaris is the ultimate comedy writer. His most recent collection of essays, Calypso, will make you snort with laughter. It addresses topics like depression and suicide, but does so brilliantly and tactfully. Filled with as much reflexion and introspection as it is with jokes, this collection is perfect to liven up a walk, one essay at a time.

Philip Pullman’s most recent novel feels like a perfect blend of all previous recommendations. La Belle Sauvage is the first book of a trilogy. It is a timeless fantastical allegory of epic proportions brought to life by the equally timeless and fantastic Michael Sheen and questions religious doctrines, fascism and the human soul.

Have you read any of our suggestions or have other recommendations? Let us know in the comments.

Go on, have a peek